A new Green History of the World

An 2011 Update of the Previous "Green History of the World":

Reversal of CFC and the ozone layer damage is one of the few environmental problems that that Human has successfully solved after inflicting on ourselves.  Yet, it was solved because there was a technological alternative - substitutes were developed, CFCs were not central to the economy, the same cannot be said about Carbon and global warming. 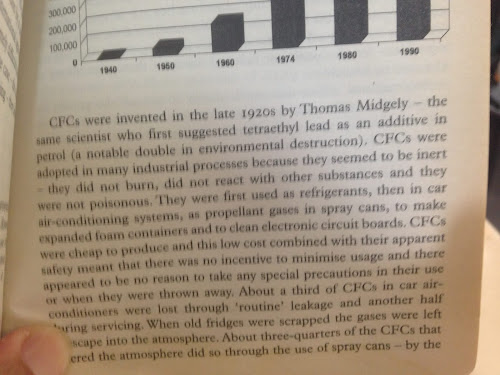 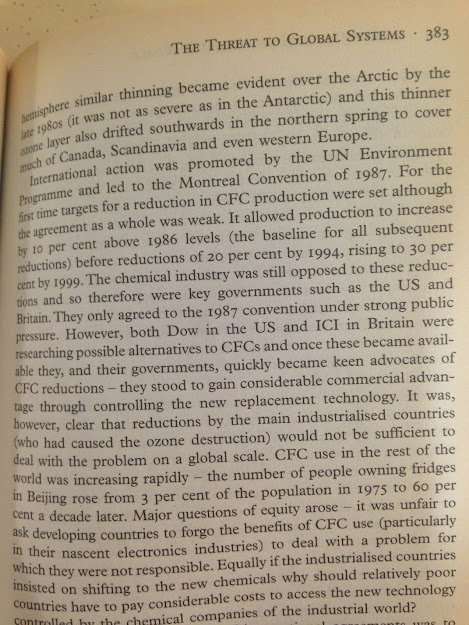 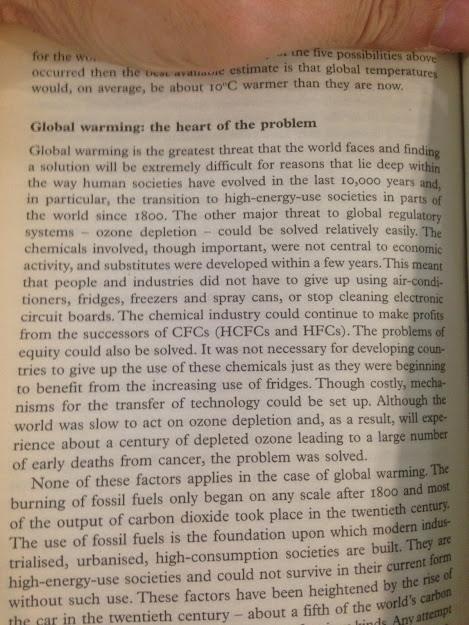 Reading how Humans dug up an entire island for  phosphate for farming reminds you of  the amazing destruction power of humans... 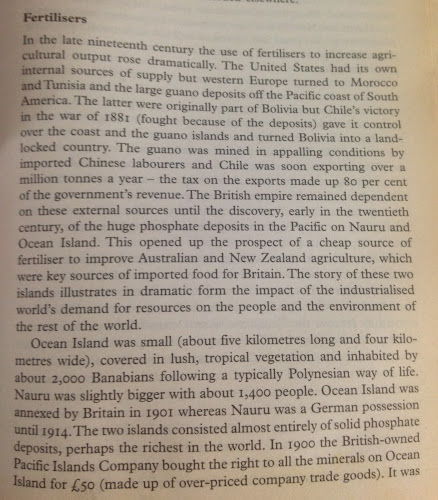 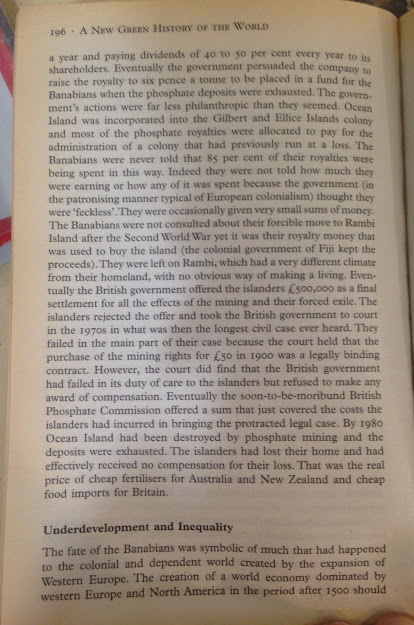 Current Environmental Problems cannot be understood without understanding the context of the nature of the world economy since 1500.

Is it a surprise the few Asia countries that managed to prosper after WW II are:

Other countries remained in the exportation of agriculture products and commodities.

The industralised world was able to live beyond the constraints of its immediate resource base while the price is paid for by the rest of the world. 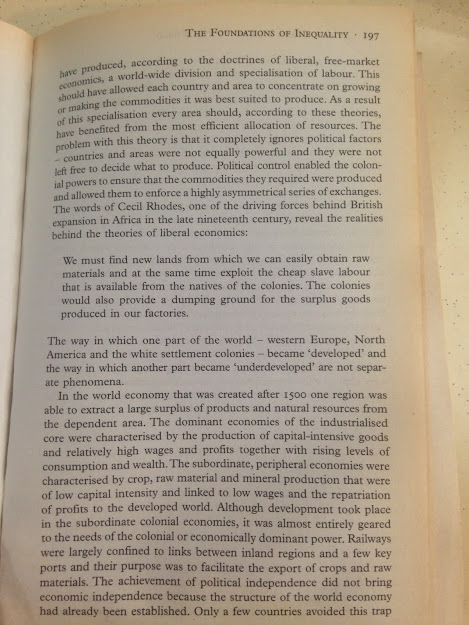 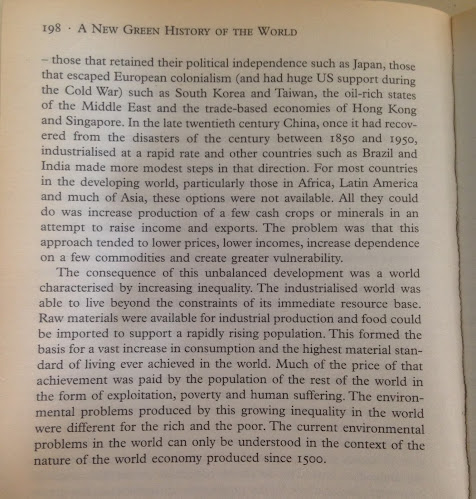